The two eldest children of the Prince and Princess of Wales remained dignified throughout their appearance as they kept close to their mother, Kate, 40, and were comforted by various members of the royal family – including Sophie Wessex.

Prior to the Queen’s state funeral, George, nine, Charlotte, seven, had proved they could be trusted to deal with the spotlight after successfully appearing at the Queen’s Platinum Jubilee celebrations in June and Prince Philip’s Service of Thanksgiving in March.

William, 40, and Kate decided the brother and sister duo were ‘up to’ going to Her Majesty’s funeral but Louis was ‘too young’. The four-year-old prince dominated headlines following his cheeky displays throughout the Jubilee events. 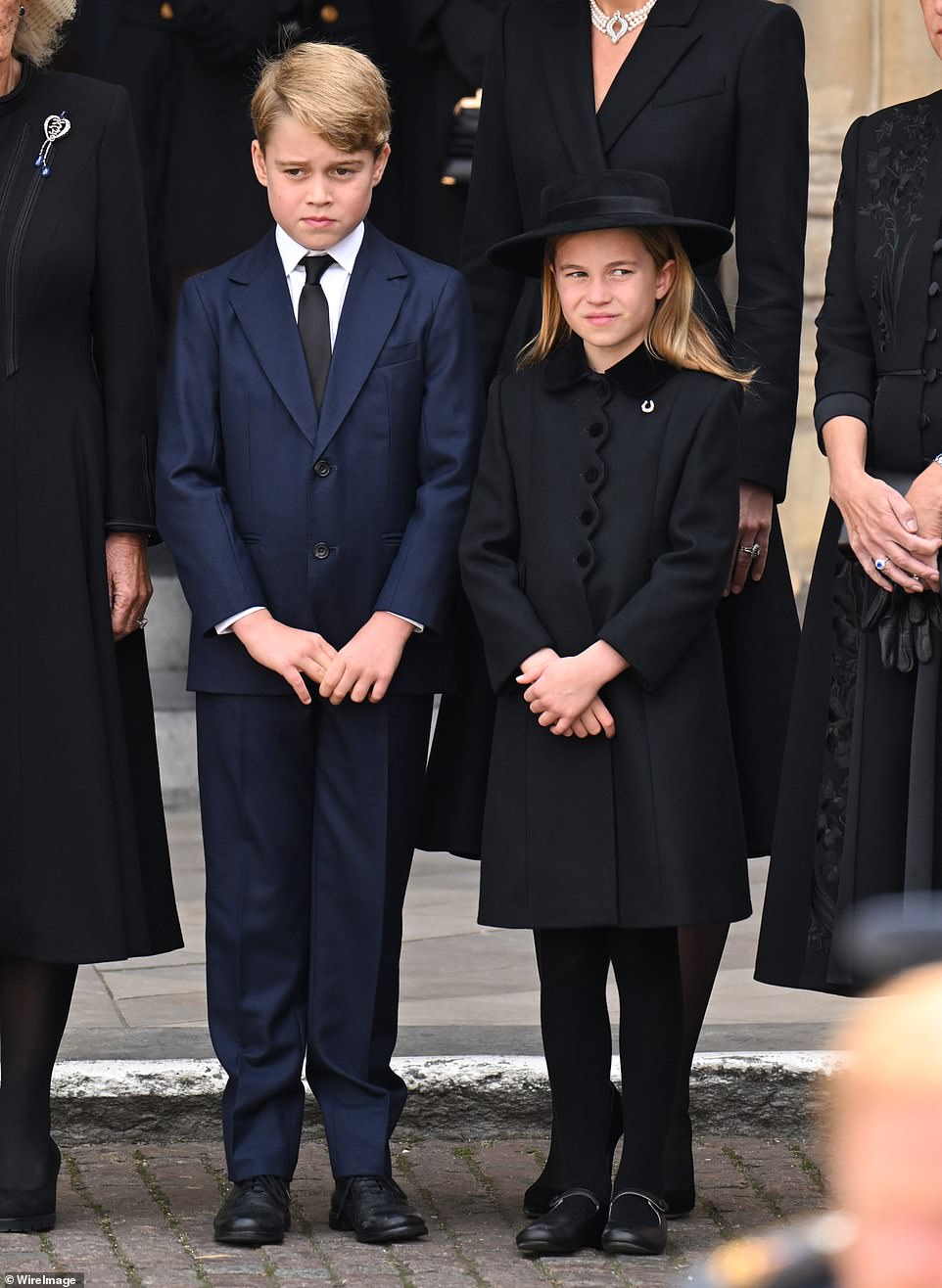