The Duke of Sussex and Princess Charlotte were seen sharing a sweet moment during the Queen’s committal service at St George’s Chapel in Windsor this afternoon.

Her Majesty returned home to Windsor to be reunited for eternity with her husband, father, mother and sister in the crypt at St George’s Chapel at the end of a short service, which followed her funeral at Westminster Abbey earlier today.

During the committal service, which ended with Her Majesty’s coffin being lowered into the  chapel’s vault, the Dean of Windsor gave a bidding.

While he spoke, Princess Charlotte, seven, who was seated between her mother the Princess of Wales, 40, and her uncle the Duke of Sussex, 37, was seen adjusting her hat.

After rearranging her headgear, she looked over at her uncle, who briefly looked up and caught her eye, before smiling at her. 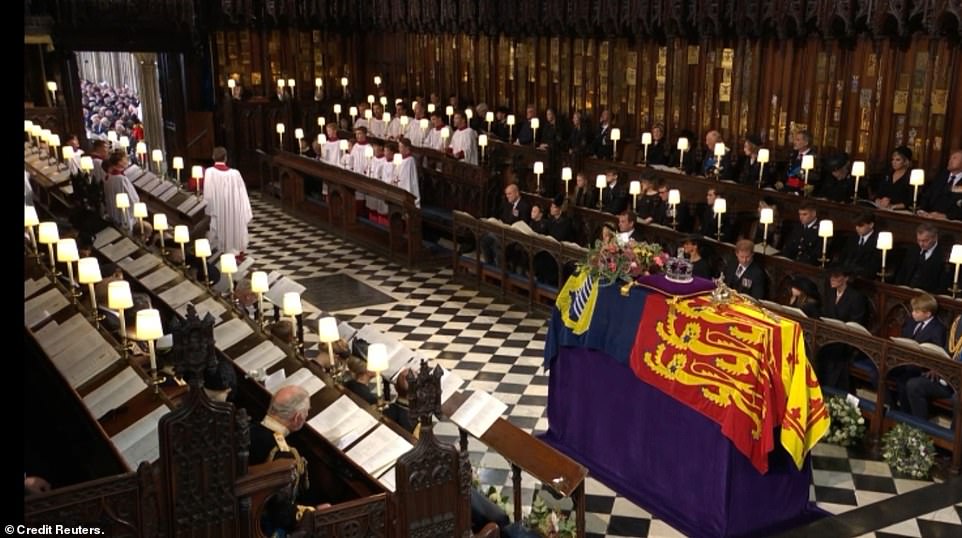 Prince Harry, 37, who was seated next to his niece Princess Charlotte, seven, caught the young royal’s eye at one point during the committal…