CNN anchor Don Lemon was at a loss for words after a royal commentator told him reparations are necessary – but they should be demanded from the African chiefs who sold their subjects into slavery. 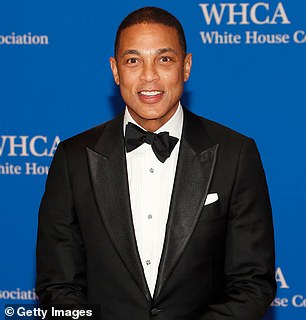 Lemon said: ‘Well, this is coming when… all of this wealth, and you hear about it, comes as England is facing rising costs of living, a living crisis, austerity budget cuts, and so on.

‘And then you have those who are asking for reparations for colonialism, and they’re wondering, you know, $100 billion, $24 billion here and there, $500 million there.

‘Some people want to be paid back and members of the public are wondering, why are we suffering when you have all of this vast wealth? Those are legitimate…