‘Chairman’ Dan digs in: Victorian Premier STILL won’t get rid of his public transport mask mandate – and IS fining residents… even as the rest of the country ditches them 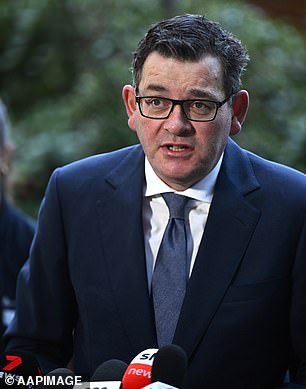 Commuters in Victoria will continue to be forced to wear masks on public transport – with Premier Daniel Andrews saying no decision has been made to get rid of them.

Mr Andrews’ government is reviewing the future of the mask requirement in the wake of NSW and South Australia scrapping the rules.