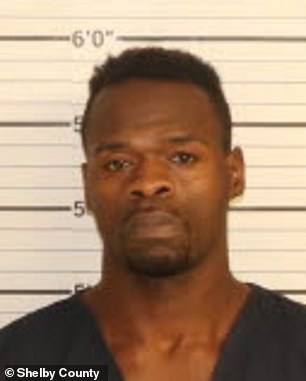 Cleotha Abston, 38, is charged with first-degree murder, kidnapping and tampering with evidence in connection with Eliza Fletcher’s death

The mother of accused killer Cleotha Abston has insisted her son is innocent, claiming the convicted felon is a ‘kind’, ‘good person’ and is once again being ‘railroaded’ for a violent crime.

Virgie Abston, 65, broke her silence for the first time since her 38-year-old son was arrested in connection to the abduction and murder of jogger Eliza Fletcher, 34, in Memphis, Tennessee on September 2.

Emerging from her low-income apartment complex in north Memphis, the mother told DailyMail.com she is standing by Abston, who declared his innocence to her from jail.

‘I talked to him and he said he didn’t do it,’ she recalled of their conversation. ‘He said [to me]: “They’re trying to put me in some stuff, mom”.’

‘I believe him,’ she continued. ‘I don’t believe he did it. If it comes out of his mouth, that’s what I believe.’