The nine-year-old went to the funeral of Her Majesty The Queen alongside his family and walked in front of his sister Charlotte, seven, during the procession to Westminster Abbey.

The Countess of Wessex, 57, was spotted putting a hand on George’s shoulder as the youngster watched over proceedings today.

Prince Edward’s wife, who had an exceptionally close relationship with her mother-in-law, opted for traditional mourning dress as she entered Westminster Abbey today.

Sophie Wessex, 57, comforted heir-to-the-throne Prince George with a hand on his shoulder during the Queen’s funeral today 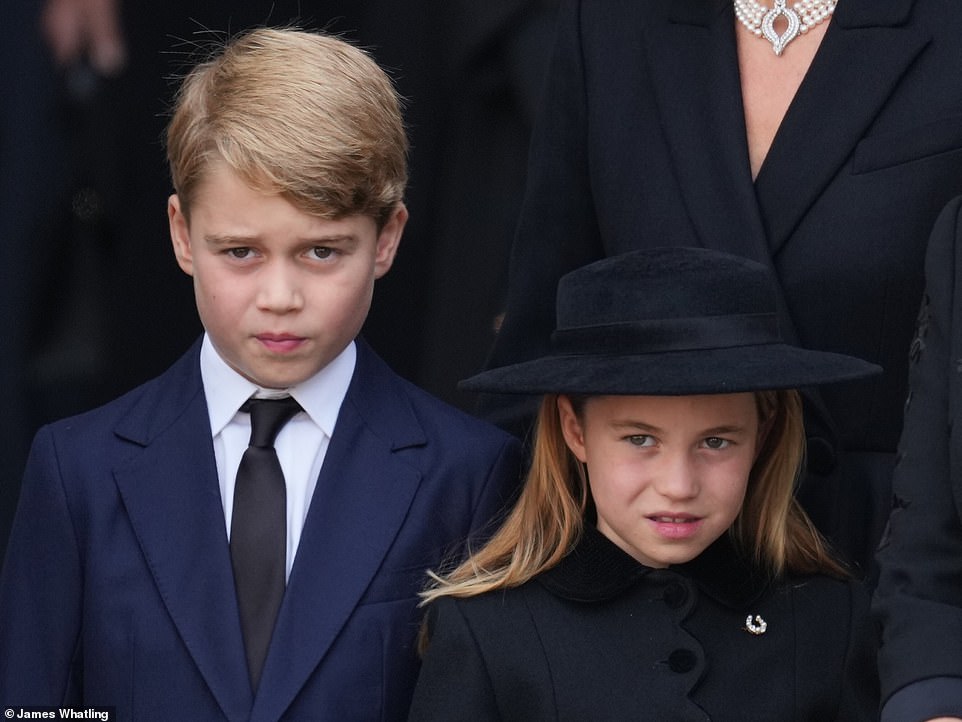 Prince George and Princess Charlotte joined senior royals at the Queen’s funeral today, bypassing thousands of mourners on the streets of London as they travelled to Westminster…