Pallbearers from the British Army who weeks ago were serving in Iraq have today been celebrated for their role in carrying the Queen’s coffin – with admirers across Britain declaring: ‘They have done our nation and Her Majesty proud.’

The world held its breath as the eight soldiers from the 1st Battalion Grenadier Guards inched their way meticulously up the steps of Westminster Abbey, carrying the 96-year-old’s monarch on their shoulders.

Of the team of guards taking part in the historic spectacle, five are understood to have been flown back from a deployment in Iraq in the hours after it was announced the Queen had died, on Thursday, September 8.

And with the eyes of an estimated 4.1billion people from across the globe on them, the unnamed soldiers performed faultlessly, garnering the admiration of people across social media, including celebrities, who praised their professionalism. 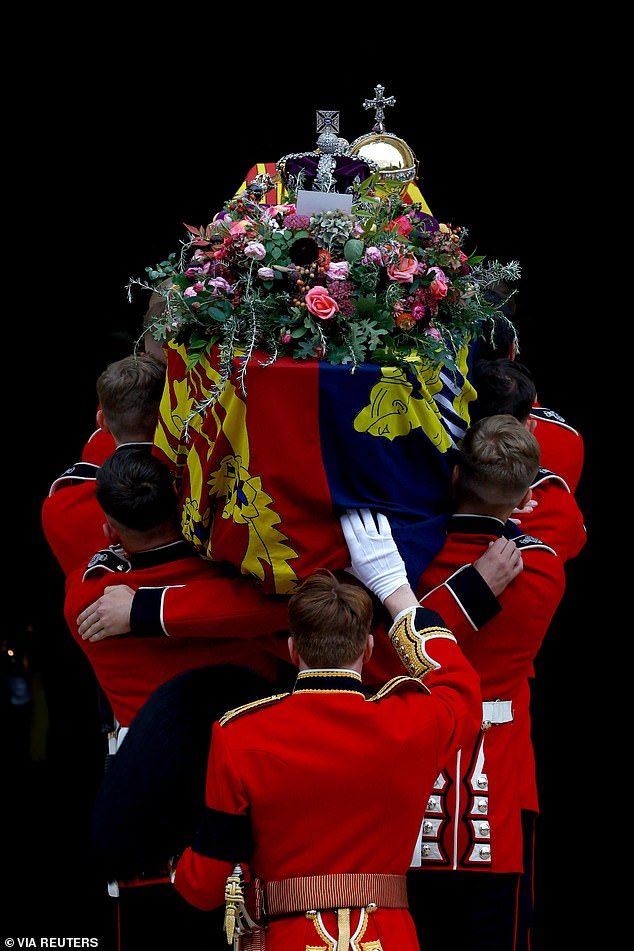 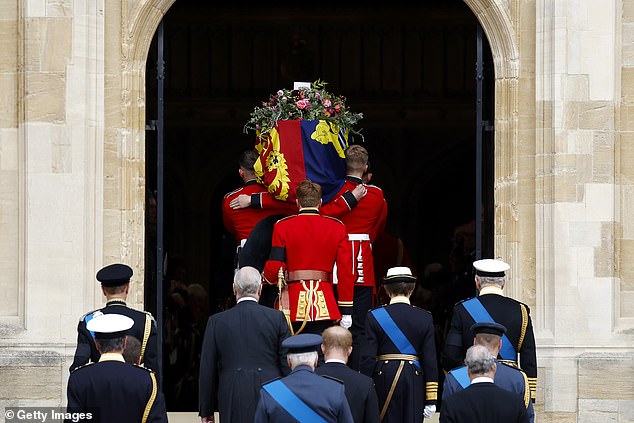 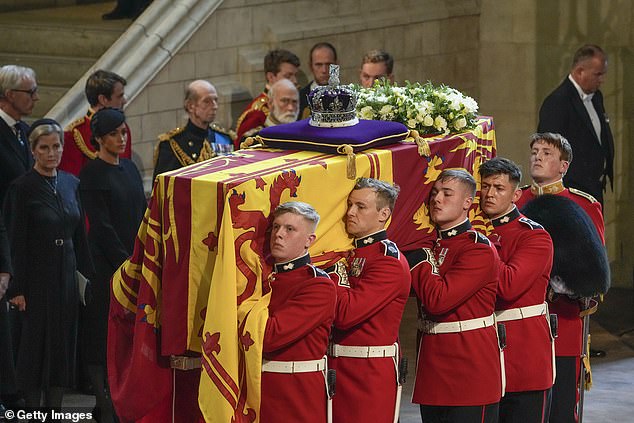 The pride of the nation: days ago some of the eight pallbearers to…