The new Queen consort Camilla cut a sombre figure today as she joined the Princess of Wales to attend her mother-in-law’s funeral. 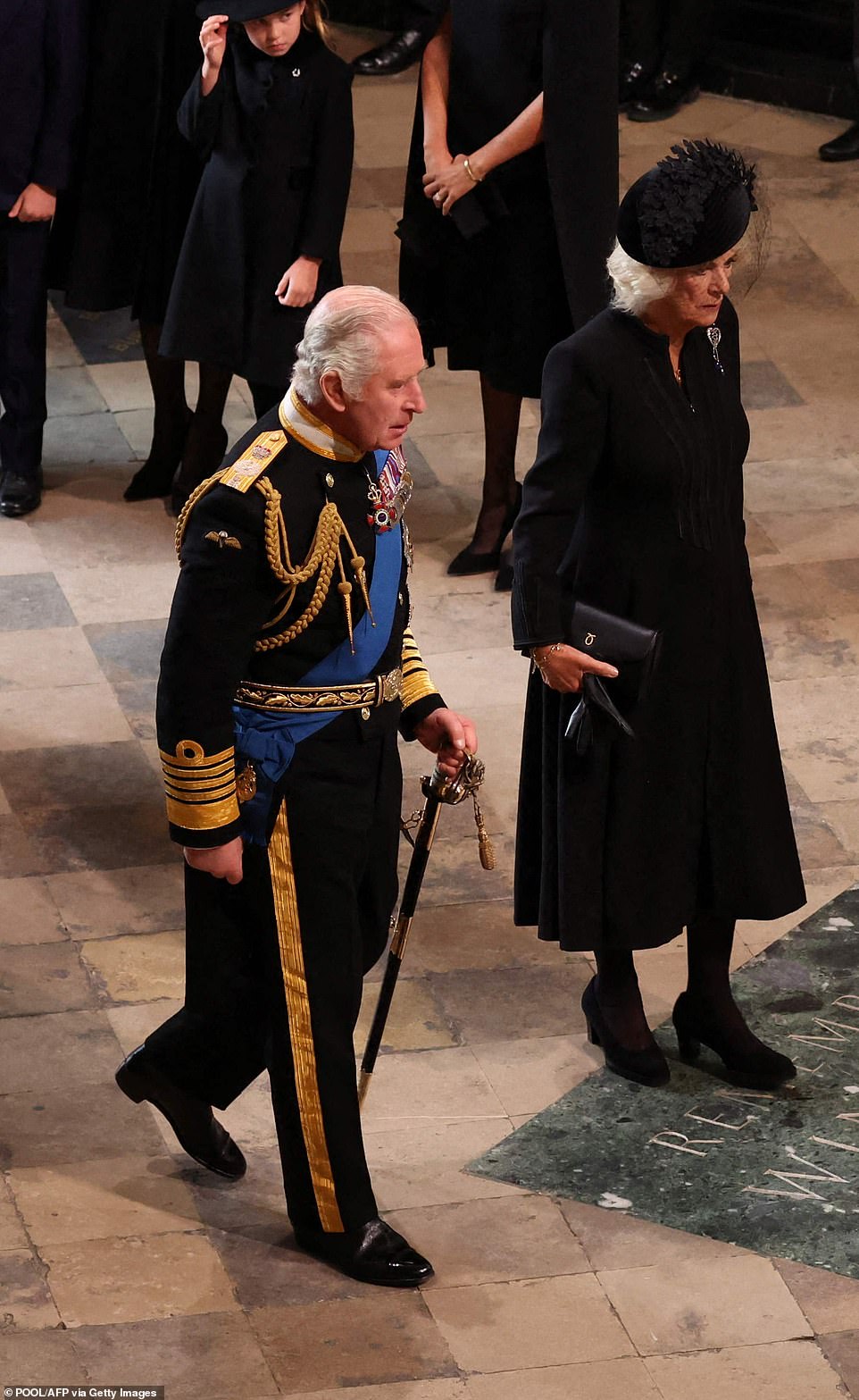 The supportive Queen Consort Camilla, 75, sported all black as she entered Westminster Abbey alongside King Charles III, 73, ahead of his mother’s funeral 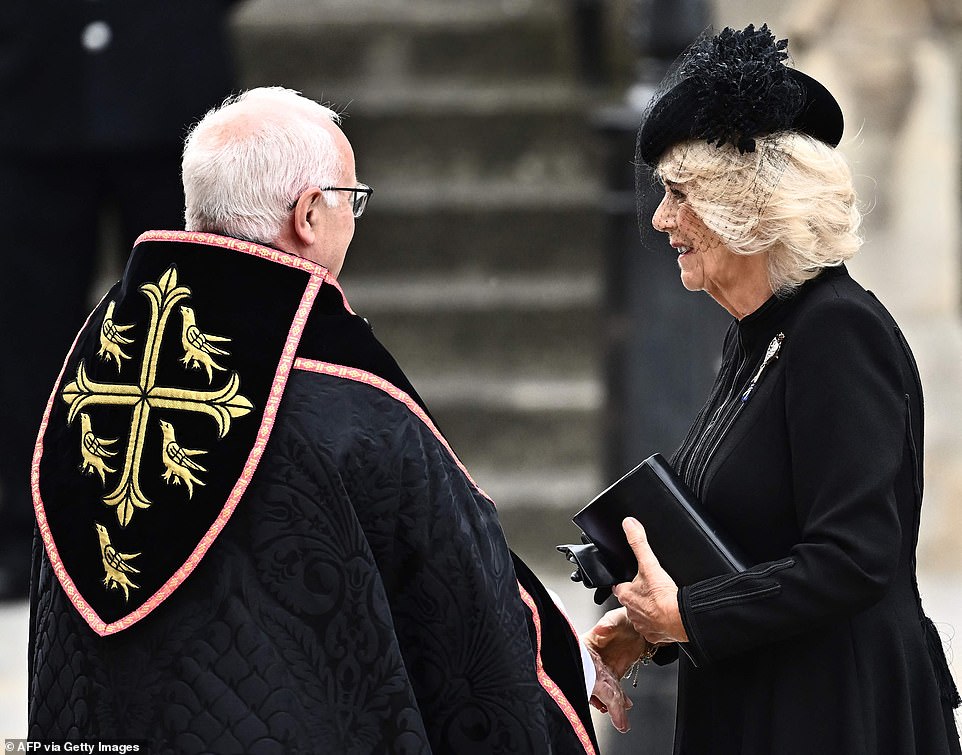 Camilla was greeted by the members of the Church, on the steps of Westminster Abbey ahead of today’s historical ceremony

King Charles III and his grief-stricken family surrounded the Queen’s coffin at her state funeral in Westminster Abbey in a moving and majestic farewell to the late monarch today.

Her Majesty made her final and…