More than four billion people were expected to tune in to watch the Queen’s funeral today, with mourners across the globe watching on smartphones, on big screens, at pubs and in churches.

People from around the Commonwealth and the world lit candles, waved flags and lay flowers as they watched the longest reigning British monarch being laid to rest.

Many of those who spoke at the late Queen Elizabeth II’s funeral service at Westminster Abbey this morning acknowledged that this would be a momentous day not just for Britons.

The Archbishop of Canterbury, Justin Welby, told mourners: ‘The grief of this day, felt not only by the late Queen’s family but all round the nation, Commonwealth and world, arises from her abundant life and loving service, now gone from us.

‘She was joyful, present to so many, touching a multitude of lives.’

In some of the 14 other countries where the Queen was the head of state, memorial services and parades were held to commemorate her 70 years of service. 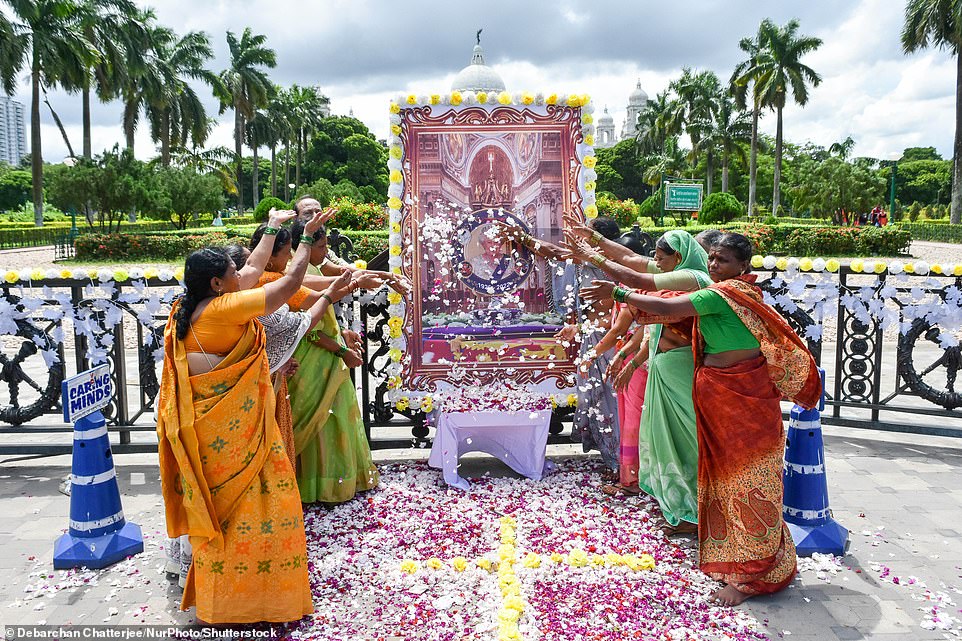