After the seventh round of fixtures in Serie A there are only two teams left unbeaten, after Napoli brought an end to Milan’s run and Atalanta saw off Jose Mourinho’s Roma in the capital.

And Udinese continued their own fine form against the top sides with an emphatic 3-1 victory over Inter, while Juventus suffered a shock as Monza recorded just their first win of the season over the Old Lady who played most of the game with 10 men.

All of that and more in our latest 10 things we learned from Serie A with Sportsmail‘s ALVISE CAGNAZZO. 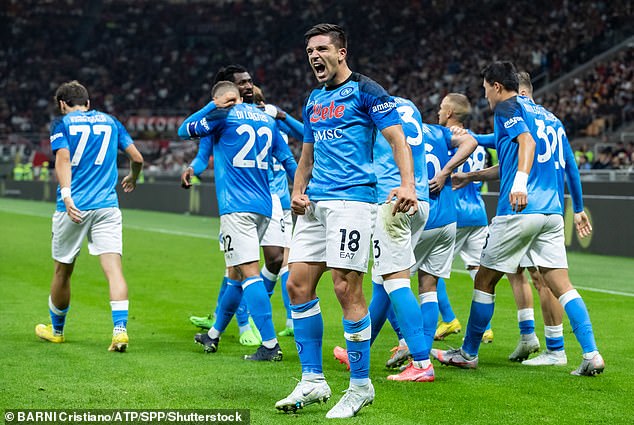 1. ANGEL DI MARIA CAN BE A BULLY