Mourners packed into British pubs and restaurants from 5.30am this morning to watch coverage of Queen Elizabeth II’s funeral.

Her Majesty’s death sparked a massive outpouring of emotion, with thousands of heartbroken mourners gathering outside Buckingham Palace and a multitude of cities across the globe.

The Churchill in Midtown, New York City, opened its doors in the early hours to allow people to mark the monarchs passing despite the five hour time difference with the UK.

Brits and Americans came together to sink pints and enjoy a fry up while witnessing the historical moment live.

Big screens were erected outside of Tea & Sympathy, an English restaurant, so patrons could tuck into their traditional tea and cake while watching the events unfold on BBC.

A cut out of the Queen as well as Union Jack bunting could be seen surrounding the restaurants on Monday morning. 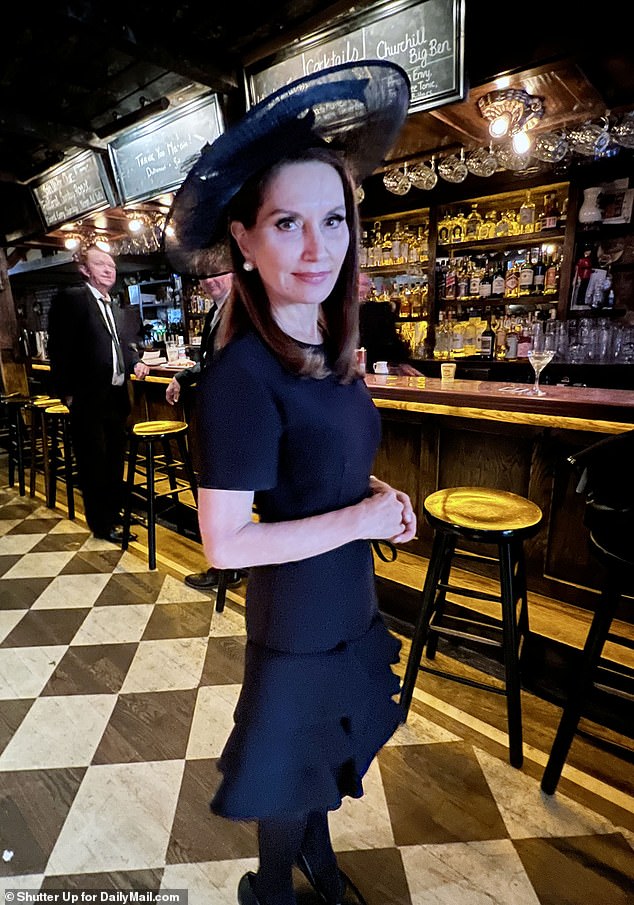