Afghan war veteran Ben Roberts-Smith is among the crowd attending the Queen’s funeral in London after he flew commercial rather than accompanying Prime Minister Anthony Albanese on his VIP jet.

The 43-year-old won the Victoria Cross for storming a fortified enemy machine gun position in Afghanistan and killing three insurgents when his unit was pinned back.

He is also awaiting the outcome of his epic defamation ‘trial of the century’ against the Nine Network. 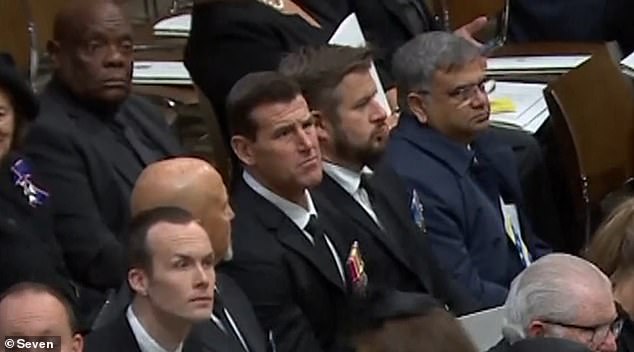 Ben Robert Smith, 43, is seen at the Queen’s funeral on Monday in London

The soldier, by virtue of his military…