Alleged gangster Johnny Morrissey and his stylish wife Nicola became ‘the neighbours from hell’ after swapping their £4.5 million Marbella mansion for a downsized £260,000 hideaway apartment.

The UK-born Irish passport holder and his Scots ‘moll’ scaled back to a modest rented £1,040-a-month top-floor flat this summer in an attempt to lay low after US authorities publicly named the former Rochdale doorman as an alleged money launderer and enforcer for crime boss Daniel Kinahan.

The move did not prove effective – just a few months later, a crack team of armed Spanish cops smashed through the front door of Morrissey’s humble abode, a world away from the glamour of the lifestyle he and his wife flaunted on social media and at PR events for their drinks firm.

Neighbours at the unassuming apartment block near Fuengirola on the Costa del Sol told yesterday how they quickly the pair got on the wrong side of other expats and locals after moving in over the summer. 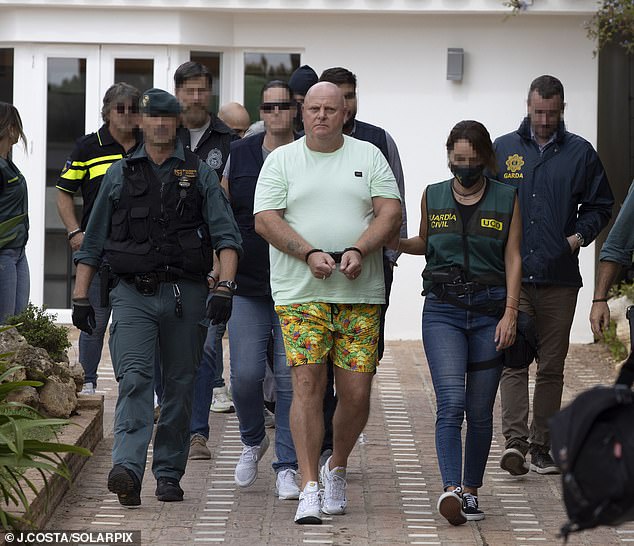