In a monumental spectacle that will captivate the world, Britain will tomorrow bid a magnificent farewell to its greatest Monarch.

An estimated million people will line the streets of London to witness scenes of breathtaking pomp and splendour, punctuated by historic moments of sorrow and solemnity.

Kings, Queens, Presidents and Prime Ministers from nearly every nation will join King Charles for the first Royal State Funeral in Westminster Abbey in more than 200 years.

Among the 2,000 in the congregation will be everyday heroes: NHS staff who toiled tirelessly during the pandemic, Armed Forces veterans awarded the highest honours for bravery and charity workers who have transformed the lives of those less fortunate.

After the funeral, Queen Elizabeth will be borne by a tremendous procession, featuring more than 4,000 military personnel, that will slowly wend through Central London. 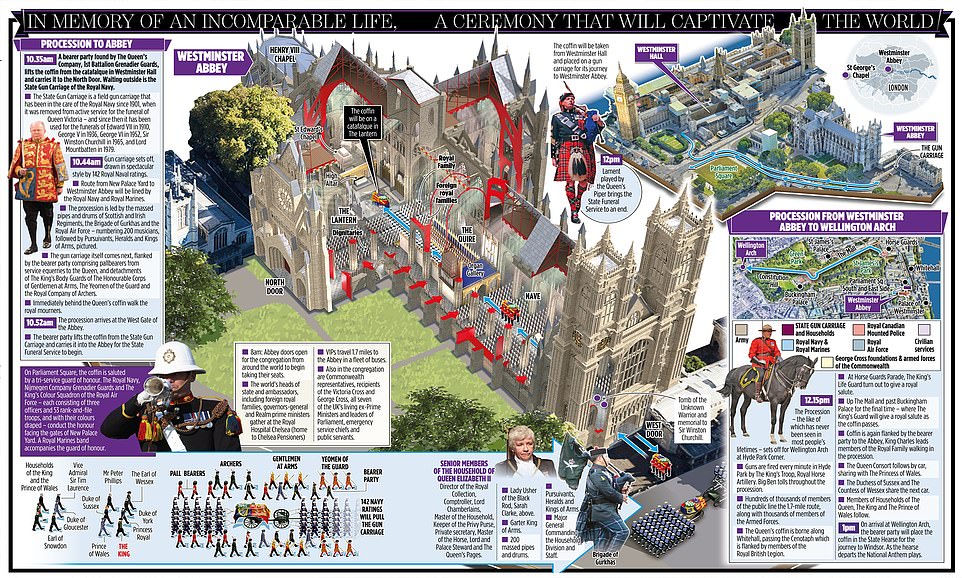