Over the past ten days King Charles III has led the country in mourning and travelled some 1,900 miles as the new monarch – all while grieving his ‘darling mama’.

His demanding schedule has seen him journey from castle to cathedral, and walkabout to reception, in more than 30 engagements across the land since the Queen’s death.

And even yesterday as he prepared to bury his mother, the King was working until the last moment on the eve of her funeral.

After holding meetings with Prime Minister Liz Truss and leaders of the realms, His Majesty last night hosted a huge official state reception at Buckingham Palace. He welcomed world leaders and foreign royals who had arrived to pay their respects to the late Queen.

Accompanied by senior working royals, His Majesty hosted VIPS including US President Joe Biden and Canadian premier Justin Trudeau late into the evening. It was the last of his engagements ahead of the funeral. 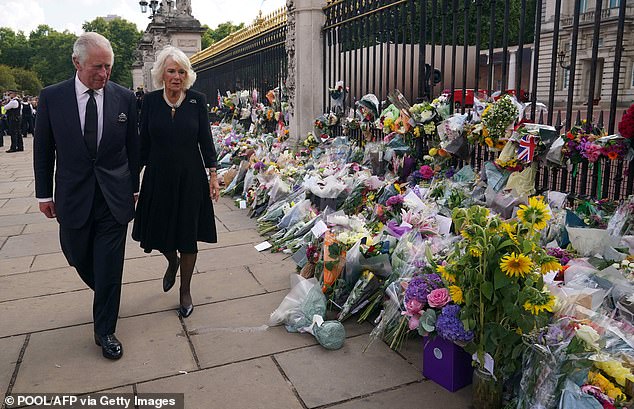 King Charles III has had more than 30 engagements…