The killing of 11 health wild brumbies, three of whom were pregnant, has been linked to ‘control measures’ in a national park, with the RSPCA now called in to review the plan.

Cooma couple Michelle and Ian Brown made the gruesome discovery on Sunday in  Kosciuszko National Park, finding an entire herd they’ve been photographing for years shot and left to rot.

The animals were discovered with bullet holes in their heads and bodies. At least three of the mares were pregnant.

It has since emerged the horses were likely shot as part of ‘wild horse control’ measures to protect the park’s fragile ecology, implemented by the National Parks and Wildlife Service (NPWS), though it is yet to admit responsibility.

National Party MP and former Member for Monaro Peter Cochran has lashed out at the killings, telling 2GB’s Ray Hadley that no respect was shown to the animals.

‘This was a professional ambush,’ he said.

‘I’m ashamed to be an Australian associated with people who would do it.’ 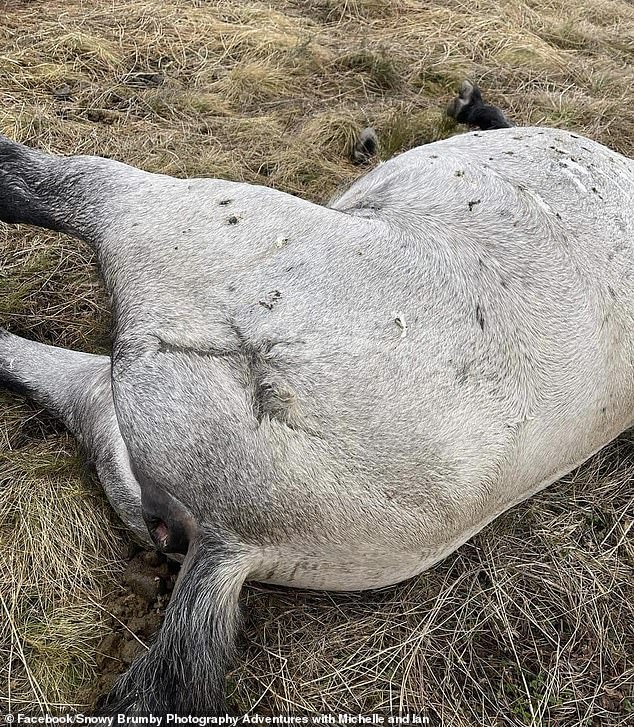