A bumbling hitman who tried and failed six times to kill a mob associate and his son would like to work with children when he is released from prison, he told a court in Brooklyn.

Ron Cabey, 32, testified on Wednesday that he had been paid $10,000 by a leader of the Bloods gang, Bushawn Shelton, to murder Salvatore Zottola, 45, and his father Sylvester, known as ‘Sally Daz’.

Sylvester Zottola was shot and killed in October 2018, aged 71, at a McDonald’s drive-through in the Bronx. His son survived all attempts to kill him.

Prosecutors allege that Shelton was in turn contracted by Sylvester Zottola’s son Anthony – brother of Salvatore – who wanted his father and brother dead so he could take over their mafia-connected real estate business.

Cabey, who was arrested in June 2018 and is cooperating with prosecutors in the hope of a reduced sentence, spent Tuesday and Wednesday detailing his lengthy criminal career. 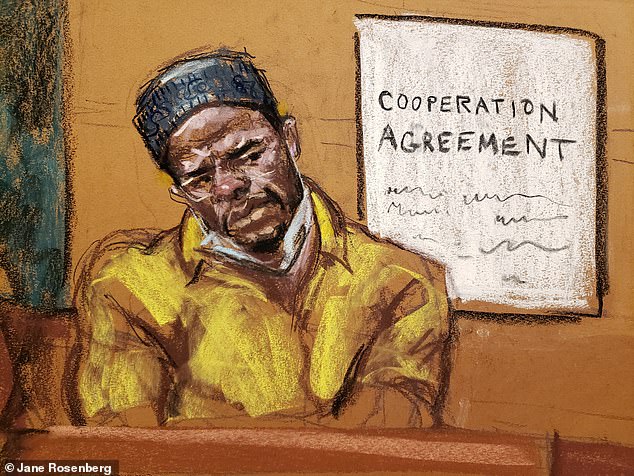 Ron Cabey, 32, is pictured on Wednesday discussing his career as a…