There are growing calls for a zero-tolerance crackdown on dangerous dogs as a victim recalled how he feared for his life during a terrifying attack.

Mubarak Ali was rushed to hospital and required emergency surgery to his arm after a vicious dog mauled him at a park in Sydney’s southwest.

The savage attack prompted a Canterbury-Bankstown councillor to lead calls for a one-attack kill policy which would see dogs automatically put down if they instigate an attack.

New local government data has revealed almost 5,000 dog attacks were reported across NSW in the last 12 months, with American Staffordshire terriers listed as the breed involved in the most incidents.

Mr Ali was on his morning run in Lakemba’s Parry Park on September 5 when a large dog jumped on and knocked him onto to ground before clamping on his arm and refusing to let go. 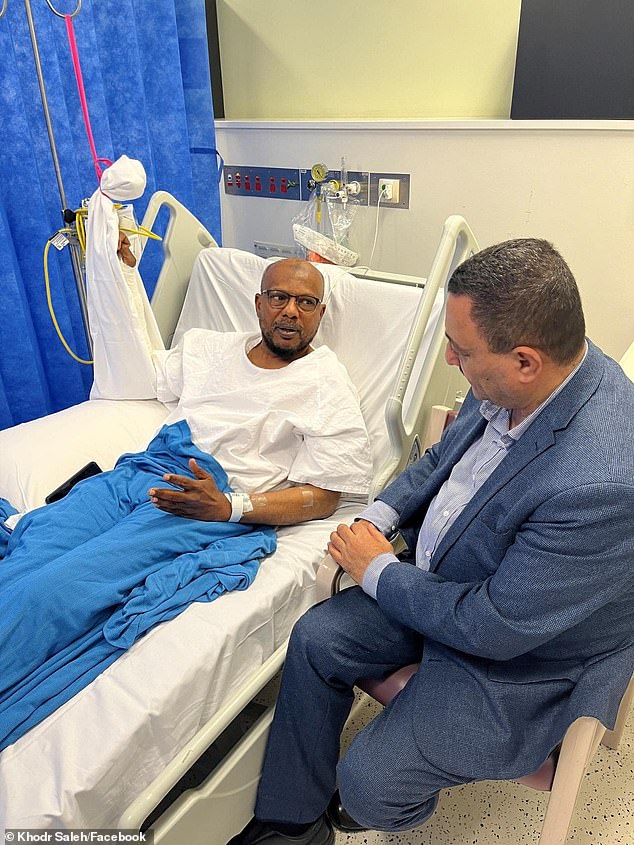 Mubarak Ali (left) was rushed to hospital last week after he was attacked by a dog on in morning run in a Lakemba Park. His friend Khodr Saleh…