Donald Trump’s former White House aide Stephen Miller is among more than a dozen Trump associates who have been subpoenaed by the Justice Department as part of a widening probe into the former president, according to a new report.

A federal grand jury issued the subpoenas this week to Miller, who was Trump’s top presidential speechwriter, as well as Bryan Jack, the administration’s final White House political director, among others, the New York Times reported on Friday.

The subpoenas seek information about the inner workings of the Save America PAC, the fundraising behemoth Trump created days after the 2020 election, which has amassed a $100 million war chest through donation appeals centered on his unproven claim that the election was stolen.

It indicates that the DOJ probe is widening in scope, as federal prosecutors had previously been focused on a scheme by Trump allies to elevate alternate electors in key battleground states won by Joe Biden as a way to subvert the vote. 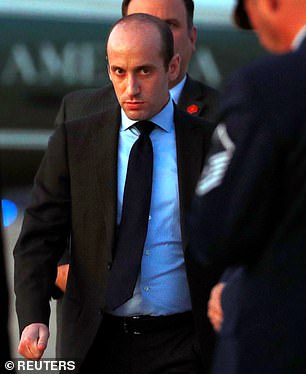