The royal beekeeper – in an arcane tradition thought to date back centuries – has informed the hives kept in the grounds of Buckingham Palace and Clarence House of the Queen’s death.

And the bees have also been told, in hushed tones, that their new master is now King Charles III.

The official Palace beekeeper, John Chapple, 79, told MailOnline how he travelled to Buckingham Palace and Clarence House on Friday following news of The Queen’s death to carry out the superstitious ritual.

He placed black ribbons tied into bows on the hives, home to tens of thousands of bees, before informing them that their mistress had died and that a new master would be in charge from now on.

He then urged the bees to be good to their new master – himself once famed for talking to plants.

The strange ritual is underpinned by an old superstition that not to tell them of a change of owner would lead to the bees not producing honey, leaving the hive or even dying. 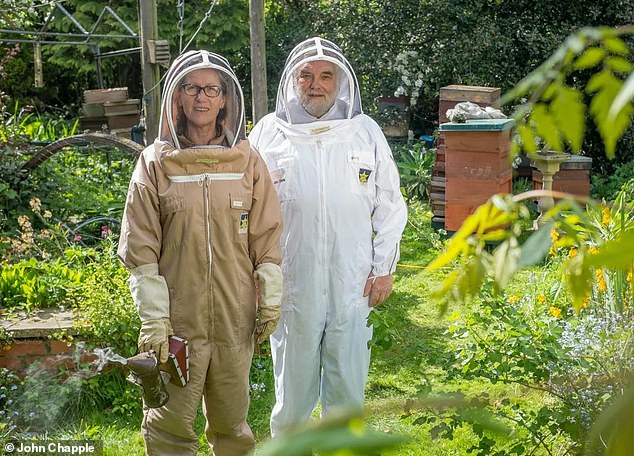