A Connecticut mansion fit for royalty has been swept up by secret buyers, in an all-cash deal after spending years on and off the market, despite sprawling lawns, sun-drenched rooms, and rich history.

Built in 1913, the fortress sold for more than $10 million, four months after being listed by its most recent real estate agency.

However, the 17-bathroom compound had spent years on and off the market with previous brokerages.

The property first hit the market in January 2021 for $9.85 million and was then removed in October, listing records show.

It was last sold for $5.5 million in 2017, according to records with PropertyShark and in an email to mansionglobal.com ‘if rebuilt today would cost approximately $15 million.’

The estate is more than a century old and behind the gated entry and tree-lined drive boasts a screening room, a stone veranda with a built-in grill, and a modern gym. 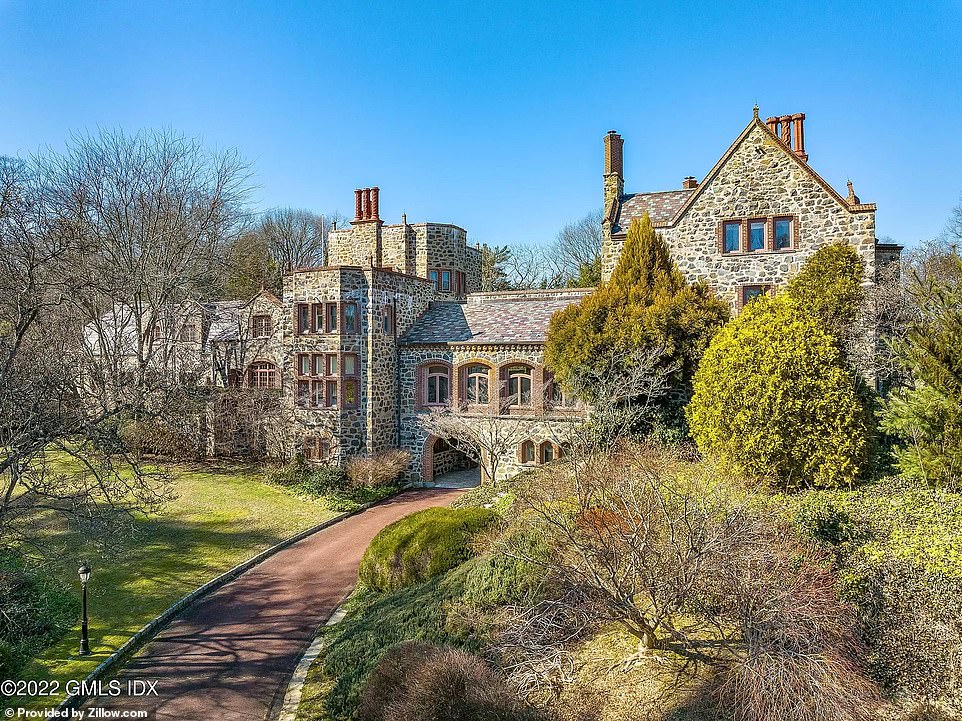