The first multi-game slate of the NFL preseason took place Thursday night, as the Giants took down the Patriots 23-21 and the Ravens beat the Titans 23-10.

We’d be foolish to read too much into Thursday’s games, but here are five things Sportsmail learned from the two matchups… 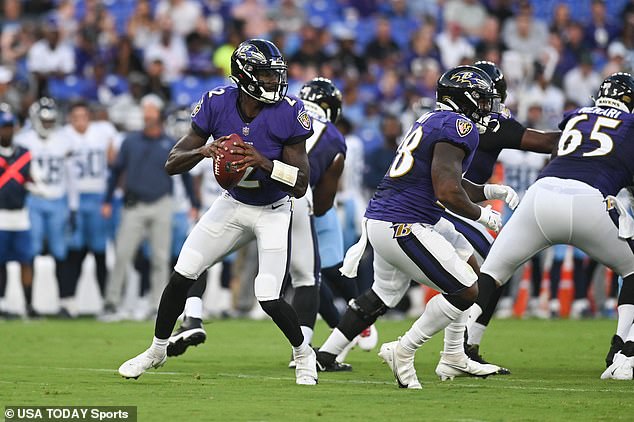 Daniel Jones’ seat could be warming up

Jones is expected to begin the season the season as starter, but for the first time, he may actually face some competition from his backup.

Thursday night showed just that, as Tyrod Taylor went 13-21 with a nice touchdown pass in…