A report into work culture in the NSW Parliament has catalogued a series of shocking incidents in the halls of power – from an MP telling a staffer her breasts looked ‘good in that’ to allegations of rape.

The review, by Sex Discrimination Commissioner Elizabeth Broderick, revealed five people have claimed they were victims of rape or attempted rape while working in the building in the past five years.

The shocking allegations – by three unnamed men and two women – were made in an anonymous survey of staff members.

Many detail how they were subjected to bullying or harassment at the hands of senior colleagues and elected politicians. 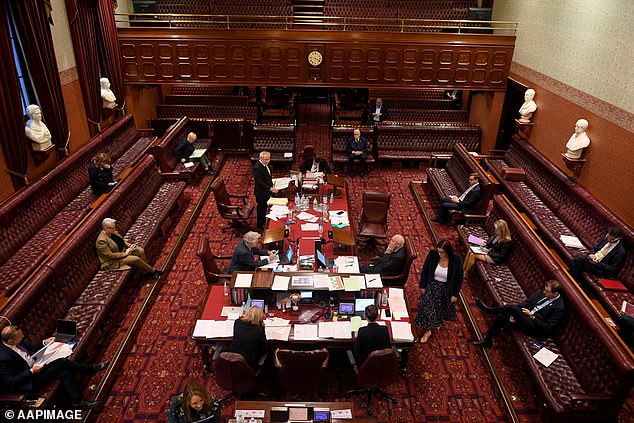 One woman said of her time working for an MP: ‘Some days you would walk into [the office] and they would make a comment that was inappropriate [such as] ”jeez your boobs look good in that”…’

Another person said: ‘When I first started [a Departmental staff…