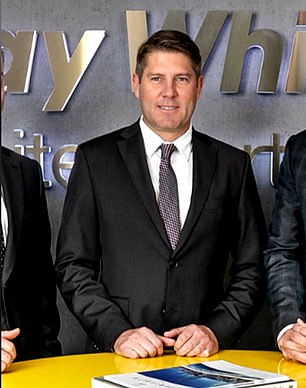 A high-flying real estate agent is accused of wrestling on all fours with the wife of his best mate over a ‘ten inch’ knife he had just allegedly stabbed her with outside a Sydney mansion.

Sydney couple Helen and Walt Coulston were good friends with Matthew Brian Ramsay, 46, for more than 15 years. He was best man at their wedding and is godfather to their two children.

Ramsay and Mr Coulston travelled together in their 20s, partying with friends in Greece and exchanging crude jokes on Facebook.

But Ramsay, a one-time hotshot real estate agent, was charged on Monday with stabbing Mrs Coulston with intent to murder when she answered the door of her home in Dover Heights at about 12.15pm.

New details can be revealed about the moment the alleged stabbing unfolded – with builder Peter Haramis, who ran to help, alleging to Daily Mail Australia that the 46-year-old mother…