Four in ten migrants crossing the Channel in small boats are from peaceful Albania where there has not been a war for 25 years, a secret military intelligence report leaked to The Mail on Sunday reveals.

The explosive document – marked ‘Official Sensitive’ – shows that almost three times as many migrants arriving on the UK’s shores from France come from the Balkans country compared with anywhere else. It is the first time that an official report has exposed how the largest proportion of those making illegal crossings appear to be economic migrants abusing Britain’s generous asylum system.

The report, exclusively revealed today by The Mail on Sunday, follows a surveillance operation by the Royal Navy and defence intelligence experts of nine criminal gangs believed to be masterminding the majority of crossings. It reveals: 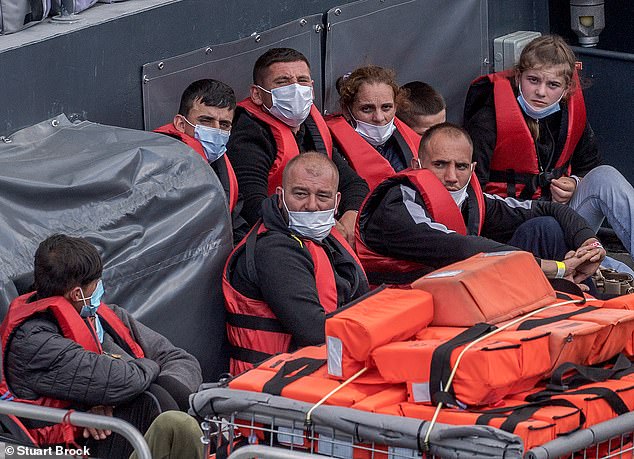 Made it: Channel migrants in Dover yesterday morning