The LA Dodgers paid tribute to legendary broadcaster Vin Scully Friday night at the Dodgers stadium at the first home game since his death.

Scully was the longest-tenured broadcaster with a single team in sports history, spending 67 years in the booth as the voice of the Dodgers in both Brooklyn and Los Angeles. He died Tuesday at the age of 94.

The ceremony began with the Dodgers and Padres lining up on the baselines before a moment’s silence was held for Scully. 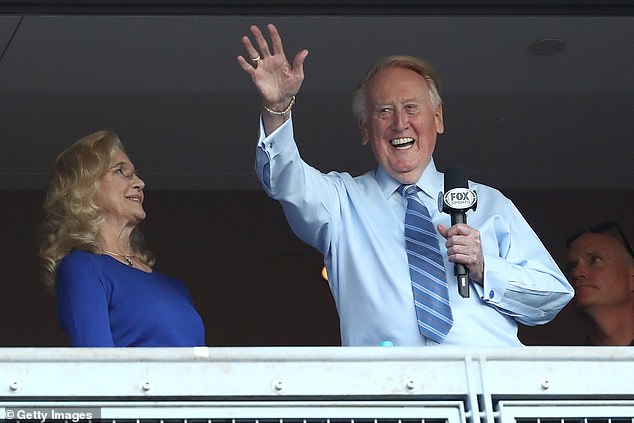 Friday night the LA Dodgers paid tribute to Vin Scully, who died on Tuesday at age 94 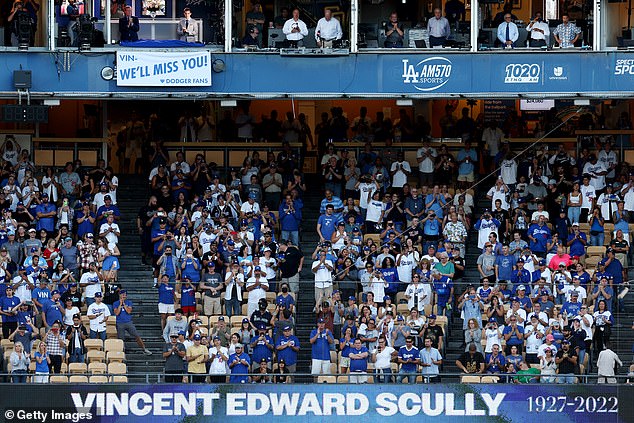 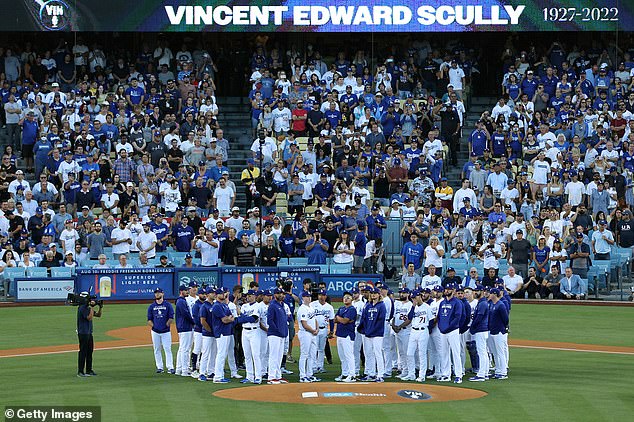 Spectators were asked to turn to the Dodger Vision where…