Actor Thomas Jane, 53, who had both starred with Anne Heche in several films as well as dated the actress has paid tribute to his ex who is currently in intensive care in a Los Angeles hospital.

Heche, also 53, was speeding along a residential street in the Mar Vista area of the city before she lost control of the Mini Clubman she was driving, careening through a hedge and slamming into a family home, before setting both ablaze.

‘While Anne and I are no longer an item, todays tragic news was devastating to me and to all who love her. My heart goes out to Anne and her two sons. As of right now Anne is stable and expected to pull through. My thoughts and prayers are with Anne, one of the true talents of her generation. Thank God no one else was hurt,’ Thomas Jane told DsilyMail.com.

Jane and Heche were involved with one another as recently as 2020 and had even bought a house together at one point. 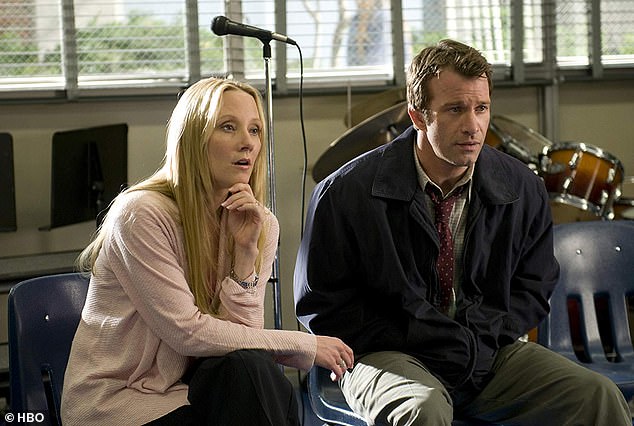