It’s not often that a weapons system inspires a hit viral folk song, especially one with lyrics that talk of destroying ‘inventory’ and ‘Russian tankmen hiding in the bushes’, but then it is hard to underestimate the appeal of the Bayraktar TB-2.

For ever since the Russian invasion of Ukraine, this Turkish aerial drone has proved to be one of the biggest ‘hits’ of the war – at least for the Ukrainians. Since February, the Bayraktar, which costs in the region of one to two million dollars, has obliterated an astonishing amount of Russian equipment, including ten helicopters, thirteen surface-to-air missile systems, seven armoured vehicles, twenty-seven other vehicles, six naval vessels, and numerous other targets such as command posts and fuel dumps.

Little wonder then, that the technology has become a vital component in the war against Putin’s forces, as it scouts terrain and identifies targets before carrying out precision strikes using laser-guided weaponry. 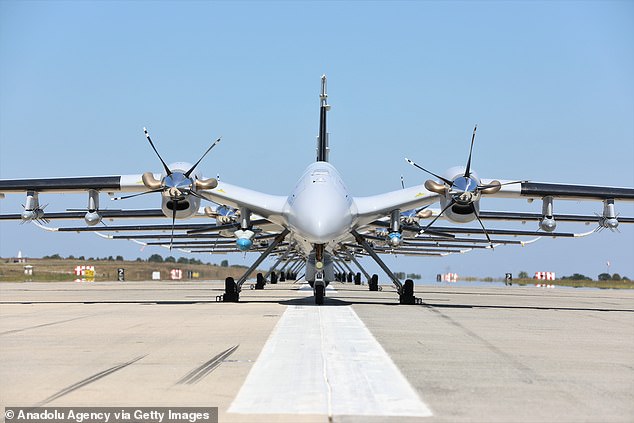