Police in Albuquerque are investigating a possible serial killer, after three Muslim men were murdered within five miles of each other in the last nine months.

The trio were all ambushed alone outside their home or work place, and killed by a gunman.

They did not know each other, although the two most recent victims attended the same mosque.

After the third killing, on Monday, Albuquerque police and the FBI held a news conference Thursday in front of the Islamic Center of New Mexico to announce investigators have found a ‘strong possibility’ the same attacker could have carried out all three murders.

‘While we won’t go into why we think there’s a connection, there’s one strong commonality in all of our victims — their race and religion,’ said Deputy Cmdr. Kyle Hartsock.

He appealed for the public’s help in tracking down the killer. 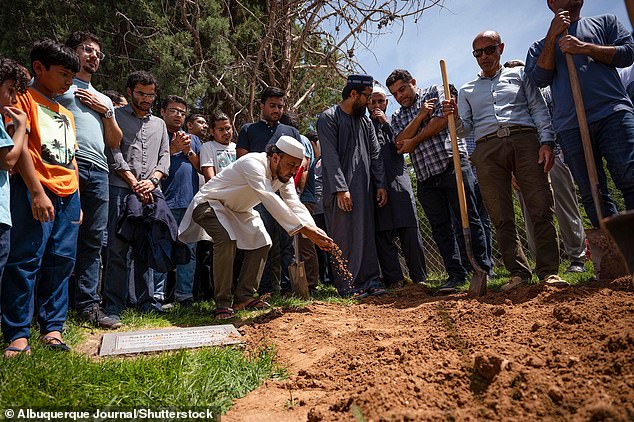 A funeral was held on Friday in Albuquerque for the two most recent victims: Aftab Hussein, 41, and 27-year-old Muhammad Afzaal Hussain, both from…