A row of seafront holiday lets built on council land sold for just £165,000 has been put on the market for almost £3.5 million.

The seven cottages in Whitstable, Kent have been slapped with the hefty price tag by estate agency Christie & Co, who said the properties generated £430,000 in income from holidaymakers in the past year.

Consisting of one and two-bedroom houses, the lucrative site on Sea Street in the seaside town forms part of The Warehouse development that incorporated the formerly Canterbury City Council-owned Oval Chalet plot and land previously occupied by a tile firm.

The local authority struck a deal with house-builders to hand over its chunk for £165,000 in 2014, a decision that still riles critics of the scheme.

Locals have branded the ‘pittance’ generated by the council’s sale ‘a missed opportunity’ and said that the holiday properties are contributing to an over-abundance of second homes in the area. 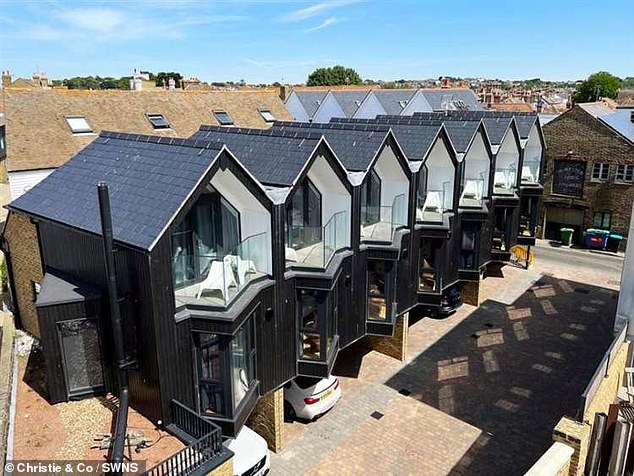 A row of seven holiday homes in Whitstable,…