The special needs son of an athletics director who was shot dead at the Parkland school massacre has given a heartbreaking testimony – telling jurors how he misses his dad.

Corey Hixon’s beloved father Christopher, who worked as a athletics director, was killed by Nikolas Cruz during the deadly shooting at Marjory Stoneman Douglas High School in Florida on February 14, 2018.

The state’s prosecution team is now set to presented evidence to seek the death penalty for Parkland school shooter Cruz after he slaughtered 14 children and three adults.

While on the stand at the sentencing trial, Corey was asked by the prosecutor if there was anything he wanted to say about his dead father.

Nervously, he responded ‘yeah’ before looking at his mother Debra Hixon and simply stating: ‘I miss him.’ 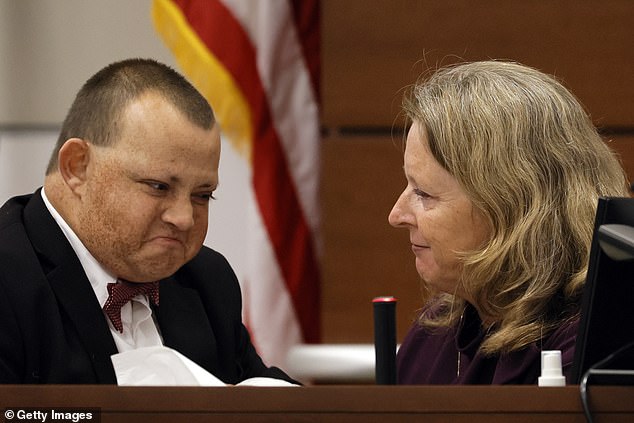 Corey Hixon told the sentencing trial ‘I miss him’ when speaking about his murdered father Christopher, who was shot dead by Cruz in the Parkland massacre 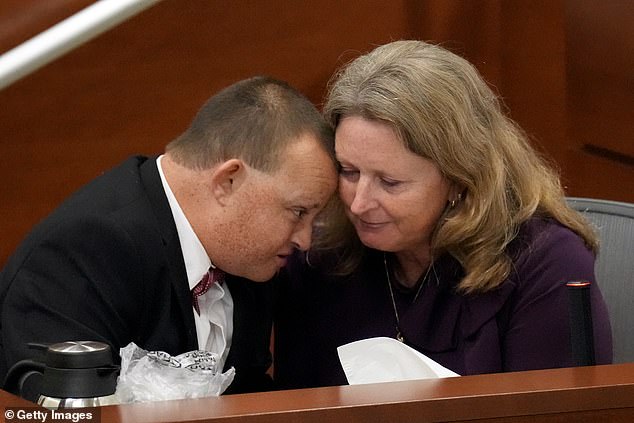