Donald Trump has been heckled on his own golf course as he sent a shot into the water, with the pranksters joking that his drive was ‘shorter than his second term’.

Jake Adams and his friends hurled remarks at the former president just metres behind him at the LIV Golf pro-am at Trump National Golf Club Bedminster, New Jersey, last Thursday.

Footage shows Trump, wearing his signature MAGA hat, about to swing when Jake, 29, from Venice, Los Angeles, says: ‘You built a golf course just to miss this green.’

The former president surprisingly quips back by saying, ‘it isn’t an easy one to miss,’ before one of Jake’s pals interrupts his practice shots to say ‘that swing looks a little broken, was it made in China?’

The Republican then joins in on the banter again, saying ‘I don’t know – too much is made in China,’ before swinging back to take his shot. 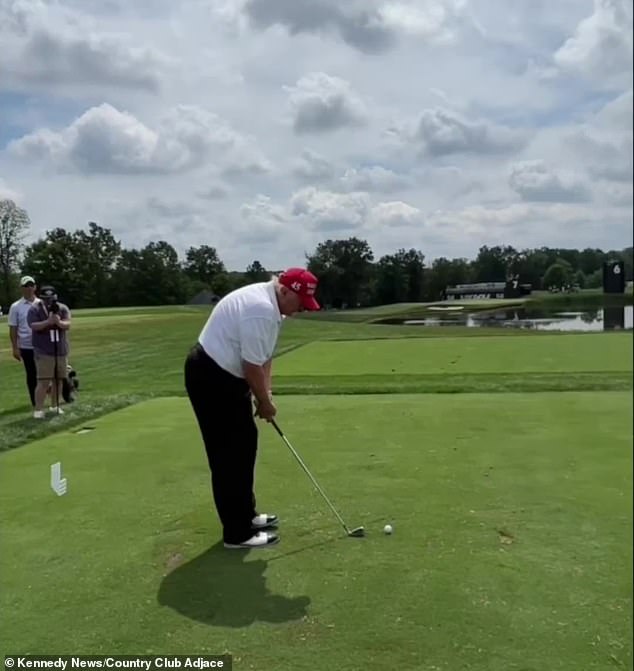 Donald Trump has been heckled on his own golf course, Trump National Golf Club Bedminster, in New Jersey, as he sent a shot into…