Mr Albanese explained the proposed change will create an Indigenous body to provide advice to parliament but will not involve compensation to Indigenous groups or create a powerful body ‘above parliament’.

Australia will vote in a referendum on adding the PM’s Voice to Parliament to the constitution but he has faced accusations from senator Hanson that it will give Indigenous people more powers than the non-Indigenous.

She branded the move as a reverse apartheid and is an outspoken critic.

But the PM has hit back at the attacks and insisted it will have no right of veto over legislation. 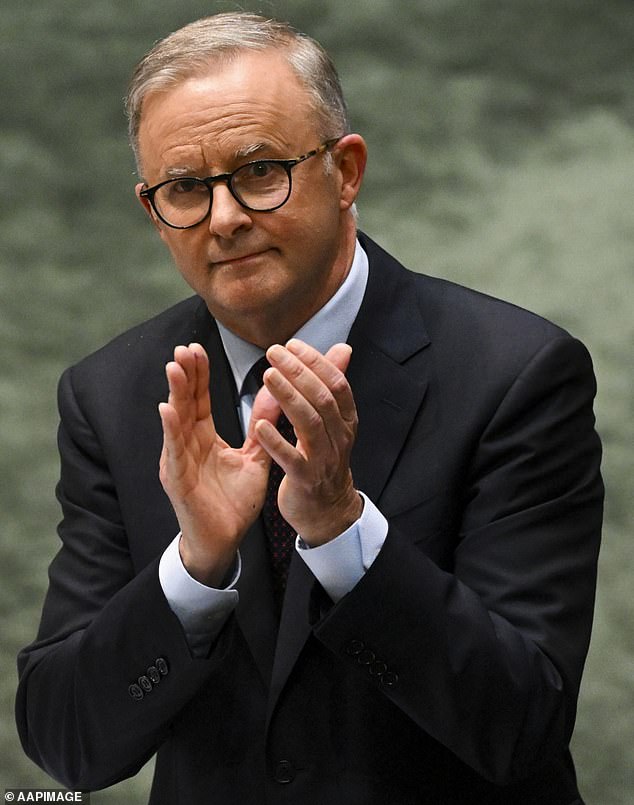 ‘It is something that is…