Video has emerged of one rogue Russian air defence missile from a volley launched in the Luhansk region turning 180 degrees in mid air to smash into almost the exact location from where it was launched.

The video was reported to be filmed in the early hours this morning near the town of Alchevsk, about 55 miles south of Severodonetsk, where the fiercest fighting has been raging.

Reports indicate that the air defence missile system – possibly an S300 – was operated by Ukrainian pro-Russian separatists from the breakaway Luhansk People’s Republic.

The cause of the malfunction is not clear, with some speculating that it may be due to hacking or jamming by a loitering Ukrainian drone, although this is considered unlikely.

The video shows the missile creating a large explosion on impact and showering the surrounding area in a bright cascade of sparks, thought to be caused by the missile’s fuel exploding having not been spent on its flight. 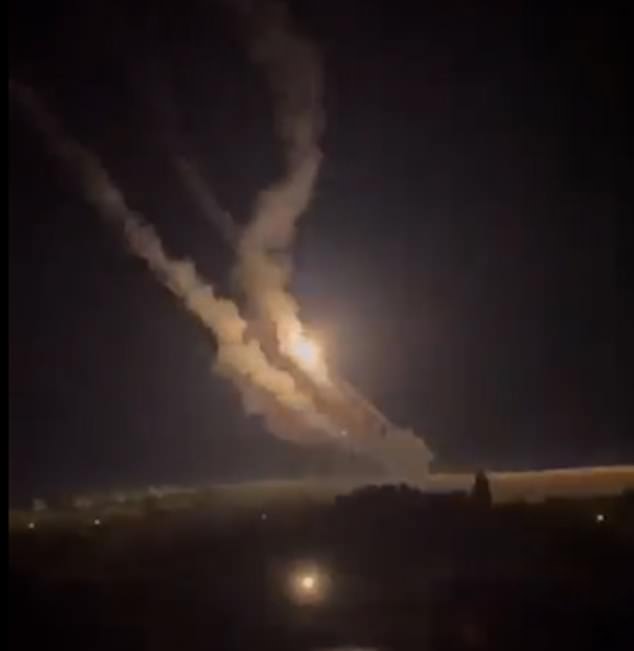 The unverified video shows a volley of…