New South Wales coach Brad Fittler isn’t the only man to have kept a close eye on Matt Burton this season.

The Bulldogs five-eight was one of seven new faces drafted into the Blues squad for Origin II on Sunday in Perth and has also attracted plenty of interest outside the NRL.

The Canterbury star has been tipped as a potential game-changer in the NFL courtesy of his massive kicks. 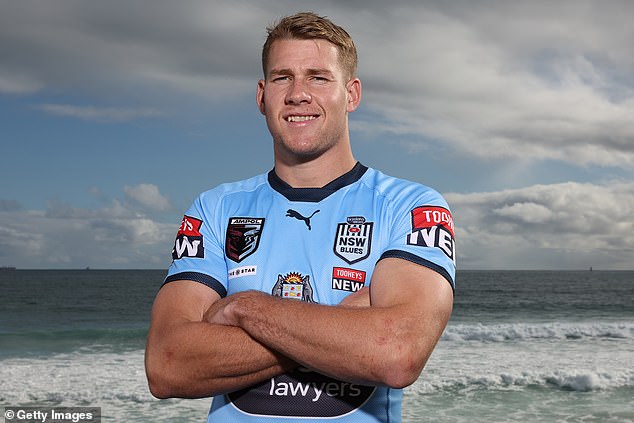 ‘Burton would get a starting job easily in college. He has an NFL leg,’ Matt McRobert told the Sydney Morning Herald.

McRobert knows a thing or two about punting. Last season, the Australian broke the punting record for Sam Houston State University as the Bearkats clinched the national title in the FCS – the second tier…