An Australian bikini model who famously lied about being raped by a tuktuk driver and two other men in Thailand has been sentenced for living it up in a luxury hotel room on another woman’s credit card.

Stevie Bamford, 30, came before a magistrate in Downing Centre Local Court on Thursday for attempting to stay at the Hilton in Sydney’s CBD last September.

Throughout her time at the luxurious hotel, Bamford – the daughter of former rugby league star Peter Tunks – was captured on CCTV using the hotel’s features and bringing back several guests to her room.

The following day the hotel manager was alerted by the owner of the credit card. The hotel immediately declined the payment, and the $1,544 was returned to the woman.

When staff asked Bamford to pay for the room she said she was unable to cough up the funds and police were called. 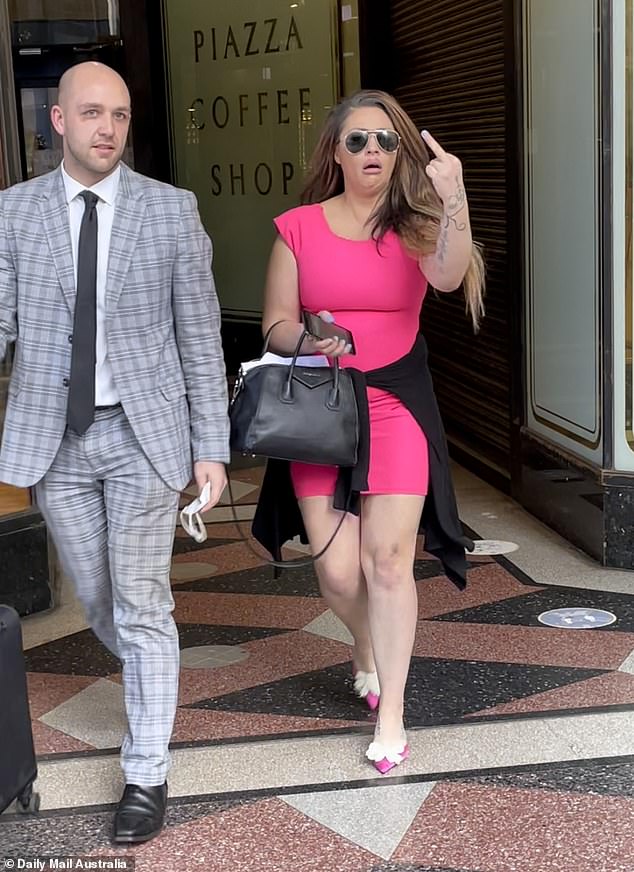 Stevie Bamford (right), 30, was sentenced to a 12 month community bond for her hotel stay. She is pictured flipping off a Daily Mail Australia…