Magda Szubanski has turned down the chance to run for political office – after teasing fans with a cryptic tweet.

The comedian, 61, took to Twitter to share a photo of herself beaming in a teal dress while on the red carpet at the Logies, before hinting at a political run.

The tweet prompted leading independent Dr Monique Ryan to invite the comedian to join their party.

However, Ms Szubanksi turned down the invitation, despite her earlier hint.

‘Thanks! I so admire what you’re doing,’ she replied. ‘But politics is not for me. As we say on Kath and Kim, I’d rather give birth to a chair.’

Teal independent candidates caused shockwaves in this year’s federal elections and they are mostly made up of female candidates who are conservative but with strong green climate policies. 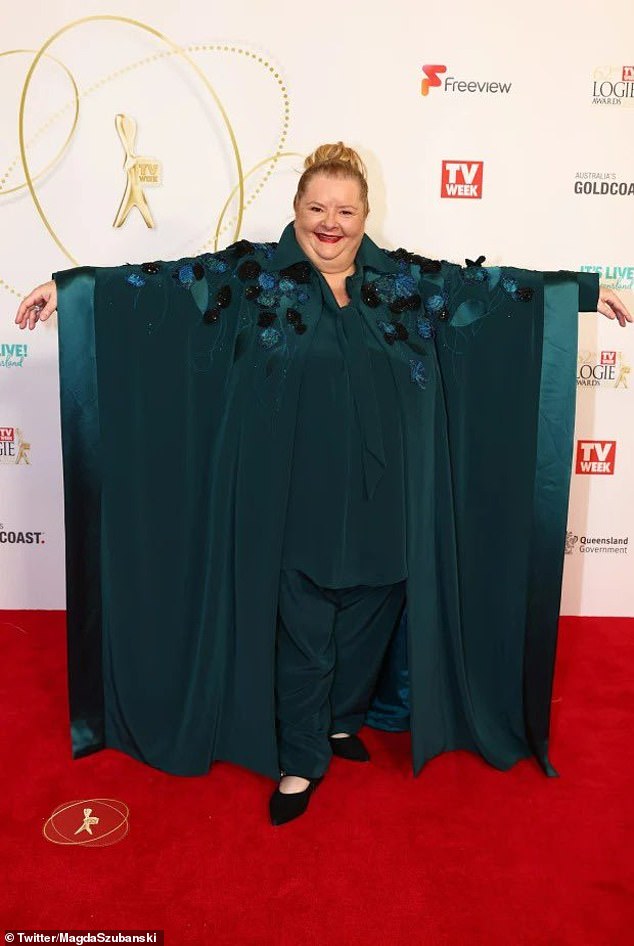