Auschwitz-Birkenau, near the town of Oswiecim, in what was then occupied Poland

Auschwitz-Birkenau was a concentration and extermination camp used by the Nazis during World War Two.

The camp, which was located in Nazi-occupied Poland, was made up of three main sites. 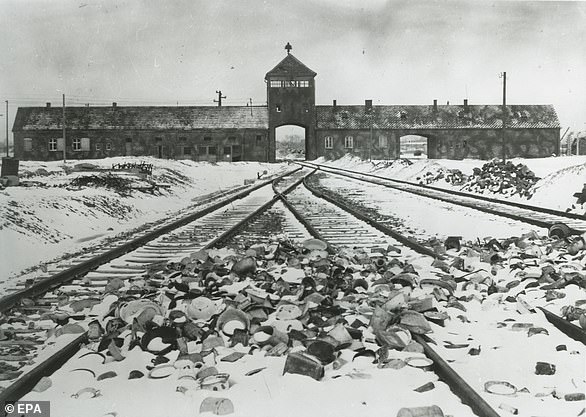 Auschwitz, pictured in 1945, was liberated by Soviet troops 76 years ago on Wednesday after around 1.1million people were murdered at the Nazi extermination camp

Auschwitz was an extermination camp used by the Nazis in Poland to murder more than 1.1 million Jews

Birkenau became a major part of the Nazis’ ‘Final Solution’, where they sought to rid Europe of Jews.

An estimated 1.3 million people were sent to Auschwitz-Birkenau, of whom at least 1.1 million died – around 90 percent of which were Jews.