Passenger onboard a Dominican airline plane that crashed landed at Miami Airport on Tuesday recalls terrifying moments when the aircraft burst into flames.

‘We were bumping like side to side and all the windows like, break,’ passenger Paola Garcia told Wesh 2 news.

Garcia was one of more than 100 passengers that immediately fled the plane after its landing gear failed upon touchdown – she earlier told CBS News she thought she was ‘going to die.’

Passenger Paola Garcia recalls running off the plane after the crash landing. Garcia said she thought the plane was ‘going to explode’ 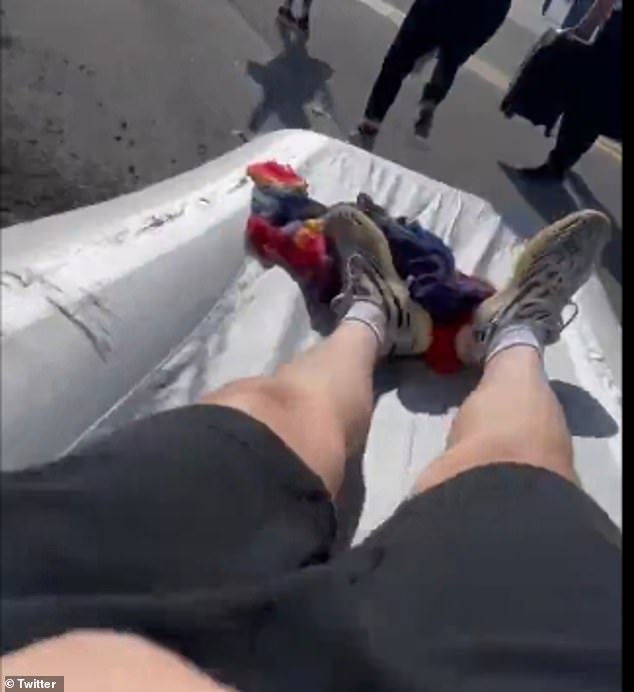