Scott Morrison’s daughters Abbey and Lily have been praised for the grace and resilience they showed growing up in the glare of their father’s job as Prime Minister of Australia.

Mr Morrison, a Christian who prays every day, said: ‘I still believe in miracles as I always have.

‘And the biggest miracles as I said three years ago were standing beside me and here they are again tonight with Jenny and my daughters. They are the greatest miracle in my life.’

Many of Scott Morrison’s supporters took to social media to express their gratitude for his time in office and well wishes for the family.

They also shared support for daughters, who were often on the receiving end of vile online attacks while growing up in the glare of their father’s job. 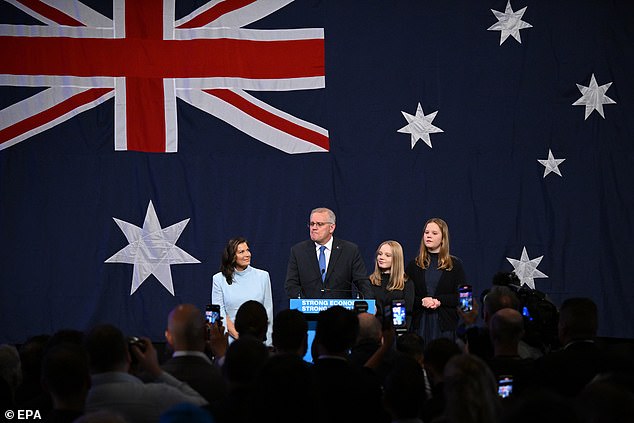