The court was shown Depp and Heard’s ‘love journal’ they would both write in to each other.

In a diary entry on May 22, 2015, Heard wrote: ‘True love isn’t about just the madness of passion or picking the safety of peace. It’s about having both. I have seen in you the true bones of friendship and respect but I still more than ever want to rip you apart, devour you and savor the taste.’

When pressed by Depp’s attorney Vasquez on the contents, Heard told the jury it was a ‘love note’ to Depp, whose own writings in the book were redacted.

Heard has previously claimed that during her honeymoon with Depp in July 2015 aboard the Orient Express he brutally assaulted her.

But the court was shown a note in the diary from July 22 that year which read: ‘My husband, happy honeymoon.’ 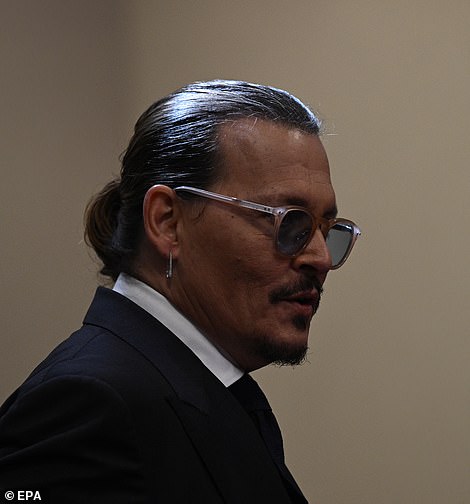 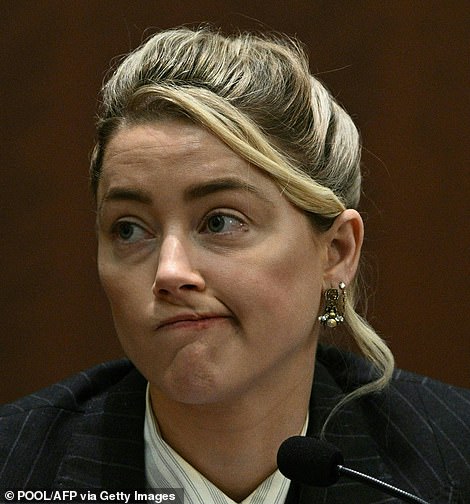