Teenager, 16, fighting for life after he was sent flying in alleged hit-and-run outside a house party – as footage of the car is seen ‘speeding before collision’

A teenager is fighting for life after he was allegedly mowed down by a car in a hit-and-run.

Police were called to a house party on Shearn Crescent at Doubleview in Perth following reports of a fight before midnight on Friday.

Officers arrived to find a seriously injured 16-year-old boy before he was taken to hospital in a critical condition. 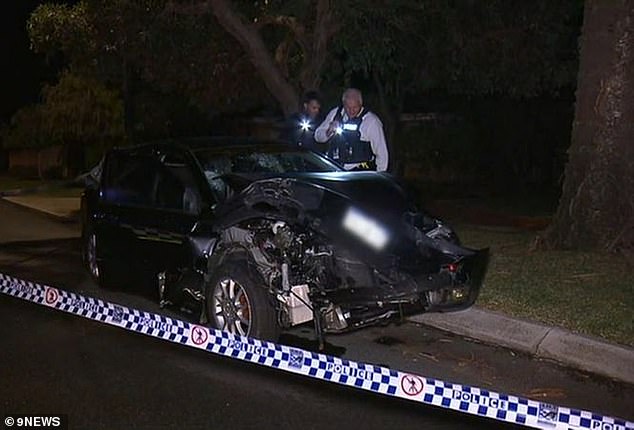