Coleen Rooney split from husband Wayne after he was caught drink-driving with another woman in the car, she revealed at the Wagatha Christie libel trial yesterday.

Mrs Rooney, 36, who rarely speaks about her marriage, admitted she feared the relationship might be over when the former England captain was stopped by police after leaving a nightclub with Laura Simpson.

Mother-of-four Mrs Rooney said she launched her so-called Wagatha Christie sting operation because she felt betrayed that someone had leaked information to The Sun during their marriage crisis.

Mrs Rooney told the High Court yesterday: ‘I was in a vulnerable situation. There had been some wrongdoing by my husband.

‘I was spending a lot of time at my parents’ house. I didn’t know how my marriage was going to work out. Me and Wayne were trying to figure out our relationship and where we were going.

‘But I didn’t want people to know that… I hadn’t settled on “This is it, we are getting back together”.’ 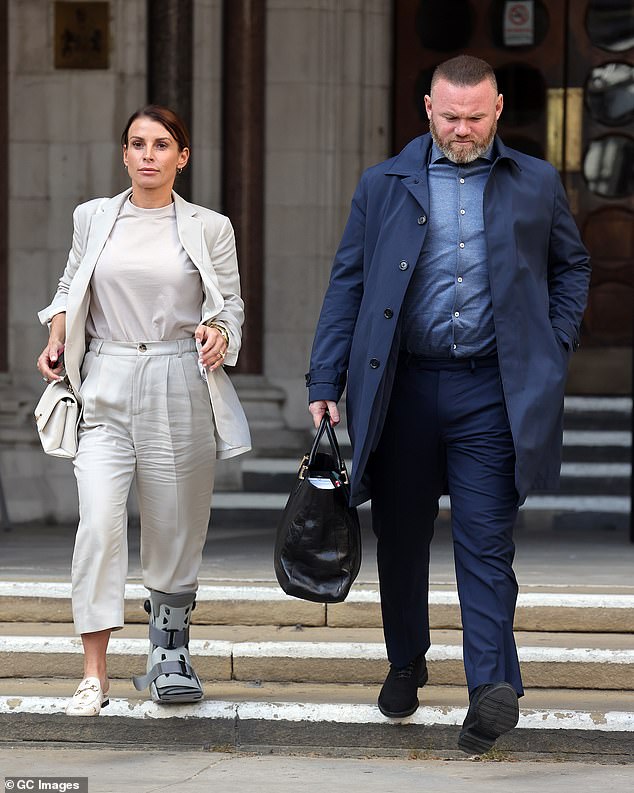