‘I remember sprinting down the Olympic track in Beijing,’ he tells a group of young athletes, who have been showing off their skills at the new Commonwealth Games stadium in Birmingham.

The youngsters look him up and down incredulously and chorus: ‘Really? Did you?’

With a sheepish laugh the Prime Minister revises his claim downwards, saying: ‘Well, I tried to sprint.’

It later transpires that the incident involved an after-hours ‘race’ in the famous Bird’s Nest stadium with his press aide Guto Harri, who is now reunited with him after more than a decade apart. 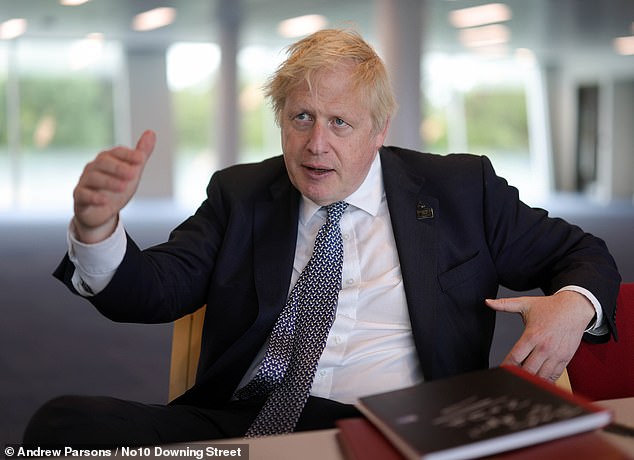 On the cost of living, Boris Johnson insists that growth has to be the answer, given the parlous state of the public finances

Both men wore suits. Neither troubled the record books.

The PM is nursing a troublesome cough today but is otherwise in irrepressible form.

He won’t comment on Sir Keir Starmer’s ‘Beergate’ woes, but he can’t prevent a broad grin creeping across his face when…