A wildlife photographer got a surprise when the owl she was snapping broke the fourth wall by swooping down and landing on the lens of her camera.

The Great Grey – the largest species of owl in the world – swooped down and landed just inches from Anaïs Trépanier’s face as she stood poised with the viewfinder to her eye in Cote-de-Beaupre near Quebec, Canada.

She had been trying to capture the magisterial bird sitting on a snowy fence in wintry conditions but stopped still when it took flight in her direction.

Fellow photographer Thomas Pham-Van captured the owl making itself at home and not giving a hoot during the extraordinary moment as it preened itself fiercely.

Thomas, 47, said: ‘The owl took off and flew straight ahead and then made a loop to come back, heading towards Anais.

‘I was already amazed to see this magnificent bird and have the privilege of capturing it in flight, but I was so surprised to see it perched on the camera lens. 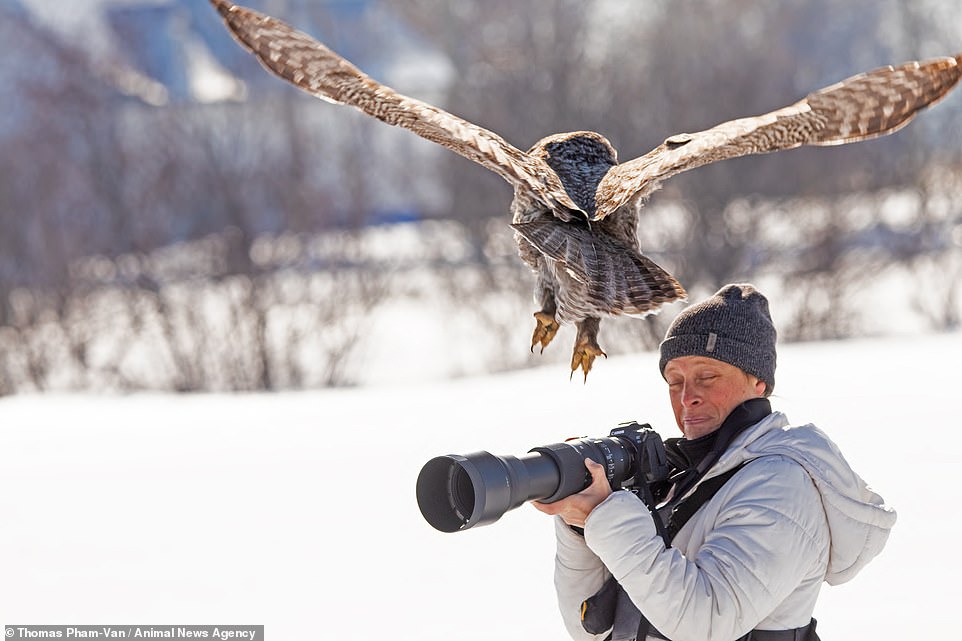 The Great Grey – the largest…