While many people are naturals at flirting, others struggle when it comes to chatting up potential dates.

Now, scientists from the University of Nicosia in Cyprus have revealed the 11 most off-putting flirting tactics, which are ‘dealbreakers’ for many people.

Their findings suggest that having a ‘slimy approach’, swearing and being too touchy are tactics to avoid, along with bad hygiene, narcissism, and low self-esteem. 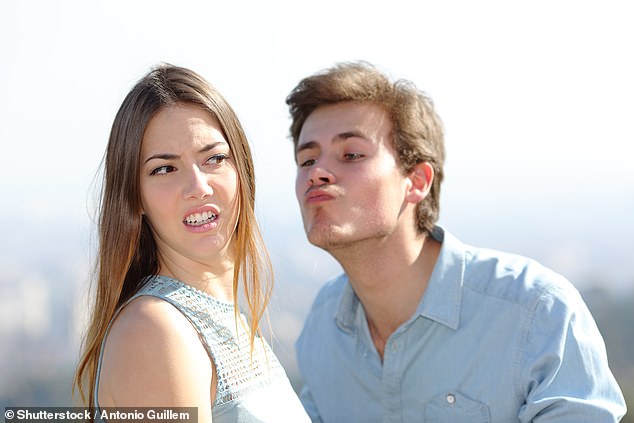 Scientists from the University of Nicosia have revealed the 11 most off-putting flirting tactics, which are dealbreakers for many people

Previous studies have suggested that people vary considerably in their flirting skills, with poorer flirters more likely to be single.

In their new study, the team aimed to further explore the variation in flirting…