Former President Trump furiously stormed out of a sit-down interview with Piers Morgan when the television host told him he had lost the election.

‘It was a free and fair election. You lost,’ Morgan says in another moment. ‘Only a fool would think that,’ Trump, who appears to be glistening with sweat, shoots back. ‘I do now, yeah.’

The interview came to an abrupt end when Trump ordered ‘turn the cameras off’ as he got out of his chair and walked off. ‘Very dishonest,’ he muttered.

The full interview will air on the premier of ‘Piers Morgan Uncensored’ on April 25 and will be played on Fox Nation, Talk TV in the UK, and Sky News Australia. 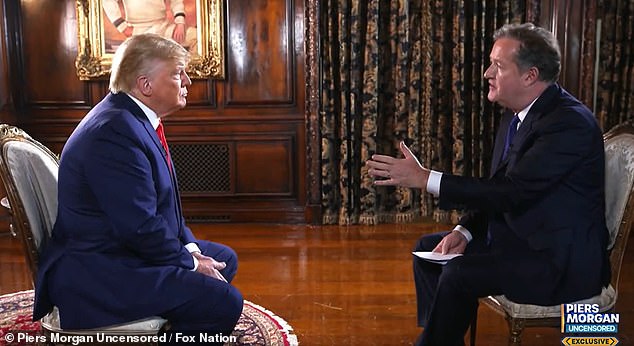