By Jessica Warren For Mailonline 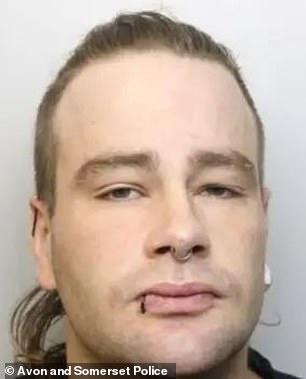 This is the moment a 30-year-old Kill the Bill rioter set fire to a police van in Bristol during a ‘shameful night’ last month.

Matthew O’Neill used lit items under the van and a police shield to fan the flames during violent scenes in Bristol on March 21.

He also used a chair to smash the front window of the burning police van.