A British family-of-five at the centre of a fatal landslide tragedy were permitted to use a treacherous bushwalking trail – despite weeks of torrential rain making the area dangerous for hikers.

A father, 49, and son, 9, have died while a mother, 50, and another boy, 14, are fighting for life after a horror landslide near Wentworth Falls, in the Blue Mountains, on Monday.

A multi-agency rescue operation was launched to retrieve the family – a husband, wife and three kids – from the Wentworth Pass loop track after emergency services were called about 1.40pm.

The woman and 14-year-old boy suffered severe head and abdominal injuries were winched from the location by paramedics just before 6pm.

They were airlifted to Westmead Hospital and the Children’s Hospital at Westmead in critical conditions.

A girl, 15, who was uninjured, walked out of the track and is now being treated for shock. 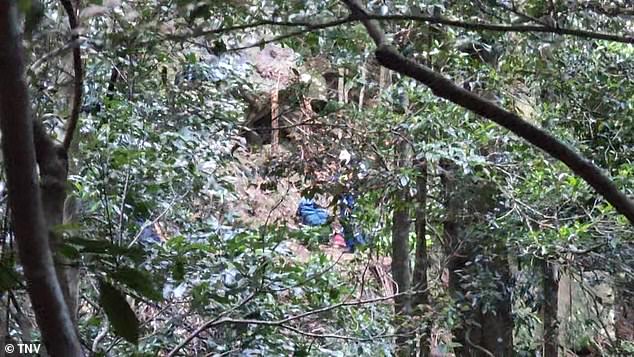