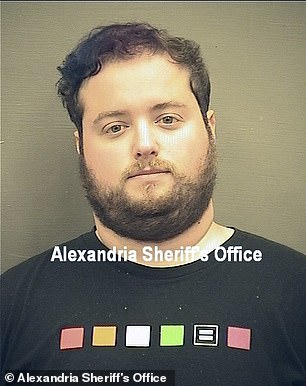 Zackary Sanders, 27, was given the jail term by a federal judge who praised him as ‘a pretty amazing, inventive, energetic young man.

But he added: ‘What you did was wrong.’

Sanders’s father is Jay Sanders, 84, a Harvard-educated doctor who is credited with popularizing telemedicine in the 1990s when he advised the Clinton administration.

The family owned a $3.4 million, seven bedroom home n McLean, Virginia, but sold it in May last year, five months before their son was convicted at trial.

It appears to be this property where, according to court documents, 26 law enforcement agents carried out a 6am raid in February 2020 with their guns drawn.

They are said to have ‘pulled Mr. Sanders’s parents out of their home and forced Mr. Sanders at gunpoint into his mother’s…